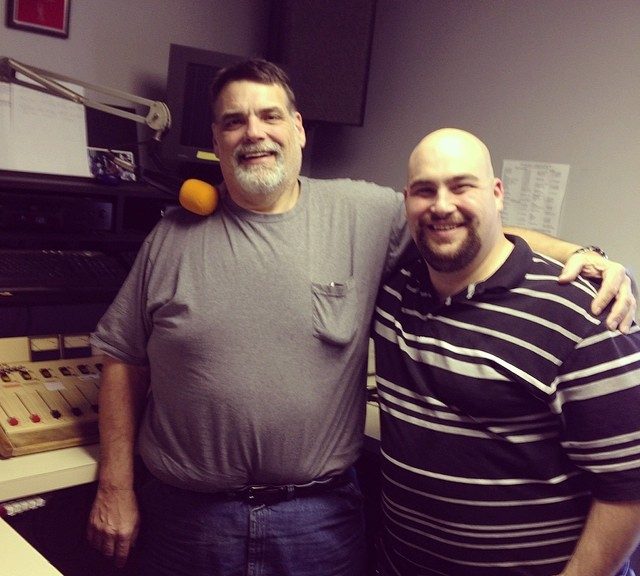 On the sixth day of the sixth month of 2016 at 2:10 AM, my Dad (Thomas Edward Lawler III) passed away in his hometown of Lewistown PA with my grandmother by his side after suffering from pancreatic cancer. Ten years after losing his dad (my Pap) to a stroke, as well as my two uncles Ron & Bob from cancer a few years ago – my family has quite the luck when it comes to genetics. I am not the most deeply religious person on the planet, but during the last few hours of his life he kept trying to get out of his bed and take off his gown – almost like he was ripping the last bonds holding him to this Earth. I wasn’t at his side the moment he passed…I went down the hall to get a drink of water, heard a grandfather clock chime, and with that I knew he was gone. Timepieces have always been a Lawler tradition, much like Cadillacs and bad tempers. Dad ALWAYS had a watch on, as did my pap – and as the clock struck two 10 minutes late, I knew that he was gone. Dad’s grandfather clock sits in my living room right now, and every time I pass it I think of him.

There were many sides to my father – the side most people knew him as was “Tubby Peckerwood” from KLOL, KIKK & Country Legends in Houston. Dad had a smile and the gift of gab that had a way of making people laugh and loosen up in his presence. Coworkers loved him for his ability to function under pressure, always being prepared, whip smart, and giving guidance to anyone who sought it out and was willing to work hard. Watching him at work was a masters course in how to navigate dealing with different personalities and corporate culture – not to mention crazy listeners at events.

Then there was another side to Dad – he could have a temper, and be intimidating. Two traits I can exhibit at times, however my Pap would remark (somewhat wistfully) that I didn’t have the “go power” Dad had. My parents divorce was not smooth sailing either, which didn’t help matters in his personal life I’m sure. But nobody is perfect, and to quote Jackie Gleason, “He was the best father I’ll ever know.” My close friends and family know that he and I had a somewhat complex relationship – his second wife didn’t help matters much, but adulthood has helped me understand his need and desire to be loved and with someone. Also, she served as a shining example of why you never solicit a date from the request lines…those people are nuts!

Of course, I never would have gone into radio without Dad being in the business to show me the ropes or get me interested. Like father, like son when it came to finding our own way – Dad left PA after high school graduation to find fame & fortune in Houston as soon as the ink was dry on his diploma. This caused a riff in the family, as he was expected to help with the family bar. I escaped from Houston with my Mom as soon as I was able to convince a judge that New Jersey was my home and where I wanted to be. I’m proud that I never had to use Dad’s connections to make my way in this business, despite Houston being a much larger market than any of the ones in NJ.

Dad also passed along his love of gadgetry and technology – he had me learning DOS as soon as possible, as well as showing me how to build my own PC in elementary school. Not to mention being one of the first houses in the neighborhood to have WiFi an DSL as soon as it became available. You see, dyslexia had handicapped Dad from getting great marks in school aside from math – he never ceased to amaze me when he would fix the car, computer, or manage to build a Pinewood Derby that snagged me a trophy one year in Cub Scouts. Math was his strongest skill – he could do fractions & ratios in his head like a madman…something that has unfortunately eluded me (I’m no dummy, but anything past Algebra 2 in high school I got C’s in at best).

His dyslexia also put him at a disadvantage when it came to writing – but he excelled at speaking, especially off the cuff. I have never managed to see anyone make him stumble or come up with a response – even on unscoped airchecks from the bawdy and wild Stevens & Pruett days. He never used liner cards on the air unless it was the weather or a public service announcement, which made him sound more natural and fluid (a skill I have tried to hone over the years…nothing worse than someone who sounds like they are reading off of a page).

Music was also something that Dad loved…but he & I didn’t exactly see eye to eye on. He hated doo wop, which I love – still have a vivid memory of him snapping the radio off rather than hear the falsetto intro of “The Lion Sleeps Tonight.” We both loved Bruce Springsteen, and as I matured I grew to love Steely Dan – unbeknownst to me, one of his favorite groups of all time. Dad gave me my first turntable and stereo system – as well as numerous pairs of headphones.

Dad never held back or gave me the runaround when asking advice – I would call him a few times a week just to chat, see how things were going, and get his take on whatever was going on in my life. Always full of good advice like “It’s not how you fuck up, but how you recover” or “Women are like a bus – as soon as one goes, there’s another one coming.” His advice to have multiple skillsets has come in handy over the years – he knew only being a jock would lead to stretches of unemployment. So I learned IT, engineering, and audio production – his giving me a cracked copy of Cool Edit 2000 started me on the path to what I enjoy most at work aside from being on the air.

There isn’t a day that goes by that I don’t hear his voice, picture his smile, or think about what might have been if not for that damn cancer. I regret not spending more time with him while I could – but I was busy attempting to build my own successful career the past few years (cue “Cat’s In The Cradle”).

If you take one thing away from these paragraphs, for Gods sake, always chose to spend time with family. Work, friends, etc – it will be there when you get back. Because once they are gone, all you have are memories. Please don’t be like me and regret not spending more time. Or at the very least, call them more often than you usually do. Phone plans are unlimited these days in most cases. Even a year later, I’m still trying to cope with losing him – time doesn’t really heal all wounds. You just learn to deal with the loss and get by day by day.

Dad left behind quite a legacy – he was loved by his coworkers, his family, friends, and the many listeners that he entertained over the years. I go to work each day trying to live up to the examples he set for me over the years – and I inherited more from him than just the contents of a storage unit in Texas. His temper (at times), his love of learning new things, work ethic, and affinity for Diet Pepsi (one of my not so healthy habits). Oh, and the love of Cadillacs.

When I was home for the family reunion a month after he passed, I brought with me my portable studio to do my Oldies 107.9 WOLD shows from Lewistown. My grandmother overheard me recording, and when I was finished had tears in her eyes as she told me I sounded just like Dad.

Love you Dad – thank you for everything. And please hug Pap for me.

5 thoughts on “One Year Later”

This site uses Akismet to reduce spam. Learn how your comment data is processed.